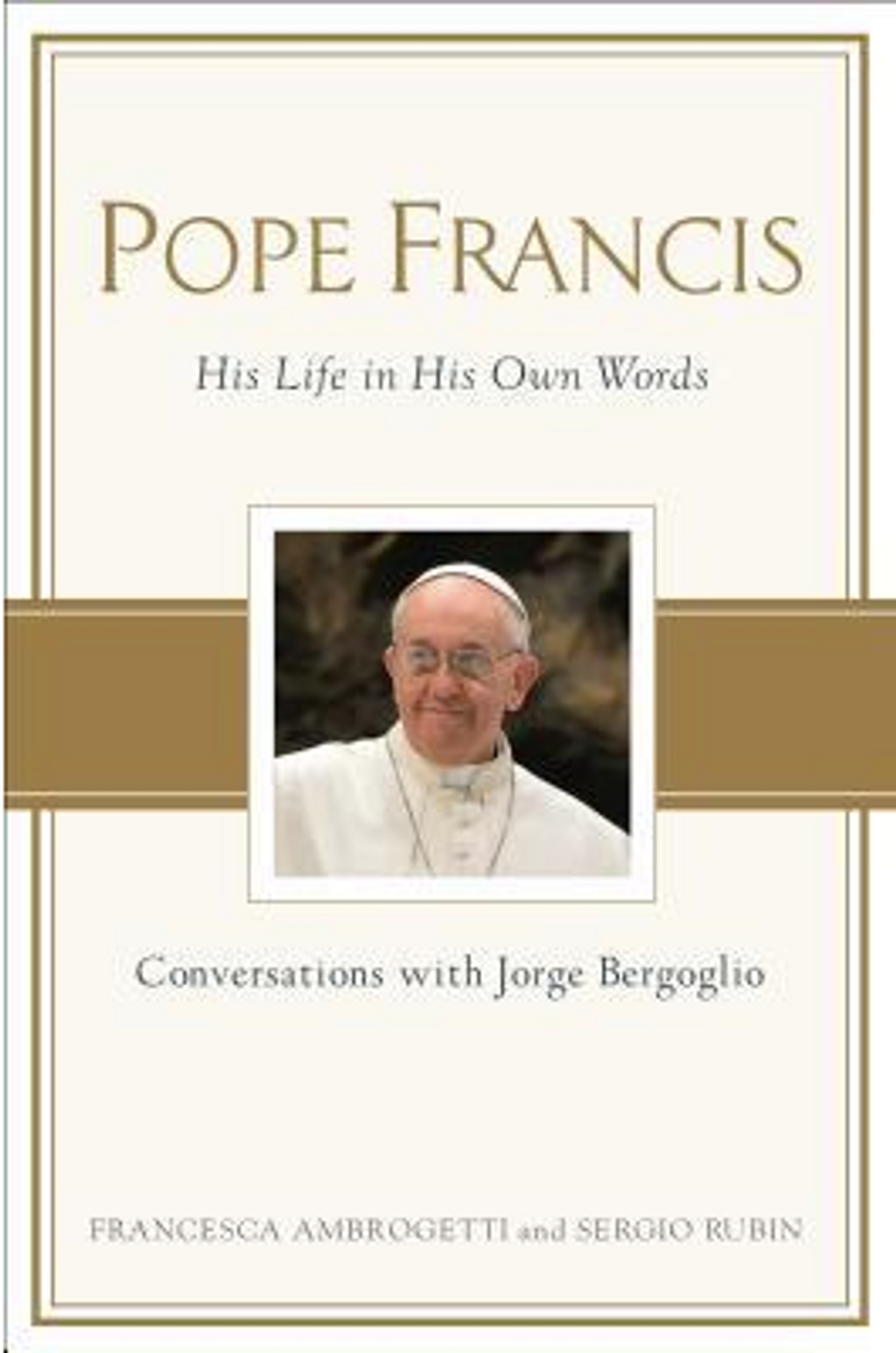 Pope Francis: Conversations with Jorge Bergoglio: His Life in His Own Words

His Life in His Own Words

On March 13, 2013, the former Cardinal Jorge Mario Bergoglio, longtime Archbishop of Buenos Aires, now Pope Francis, was elected to succeed Pope Benedict.  He is the first Latin American pope, the first Jesuit pope, and the first to take the name Francis, after St. Francis Assisi, the 13th century monk known for his charity and kindness.

Elected in one of the shortest conclaves in history, the former Archbishop Jorge Mario Bergoglio of Argentina reveals, in a series of extensive interviews conducted over the course of two years, the very image of a humble priest, inspired teacher, and wise and adroit cardinal. What emerges is a portrait of a man more interested in substance over style, a compassionate cleric and teacher who has shunned the spotlight. In spontaneous, intimate terms, Archbishop Bergoglio, now Pope Francis, covers topics as wide-ranging as his childhood, family life, and the importance of his first job to discovering his calling and his early days in the seminary. The former archbishop was a teacher of psychology and literature until John Paul II consecrated him as a cardinal. He befriended writers like Jorge Luis Borges and cites Homer, Cervantes, and German and Italian poets with ease and offers nuanced thoughts about teaching. Thoughtful, intelligent, and even witty, he names Babette’s Feast as his favorite movie and Marc Chagall as his favorite painter.

A learned and introspective man, he does not avoid the uncomfortable subjects: the declining numbers of priests and nuns; celibacy; the sexual abuse scandals that have rocked the Church; and his opinions about and experience with the military dictatorship of his own crisis-riddled country. It also discusses the incredible role he played in the last conclave, where he is said to have been tied with Ratzinger in the second of three votes, and asked that the votes for him be transferred to Ratzinger.

Through his own words, we come to know a man whose actions and words reflect his deeply-rooted humility. The book concludes with the Pope’s own writings and reflections, full of wisdom and inspiration.