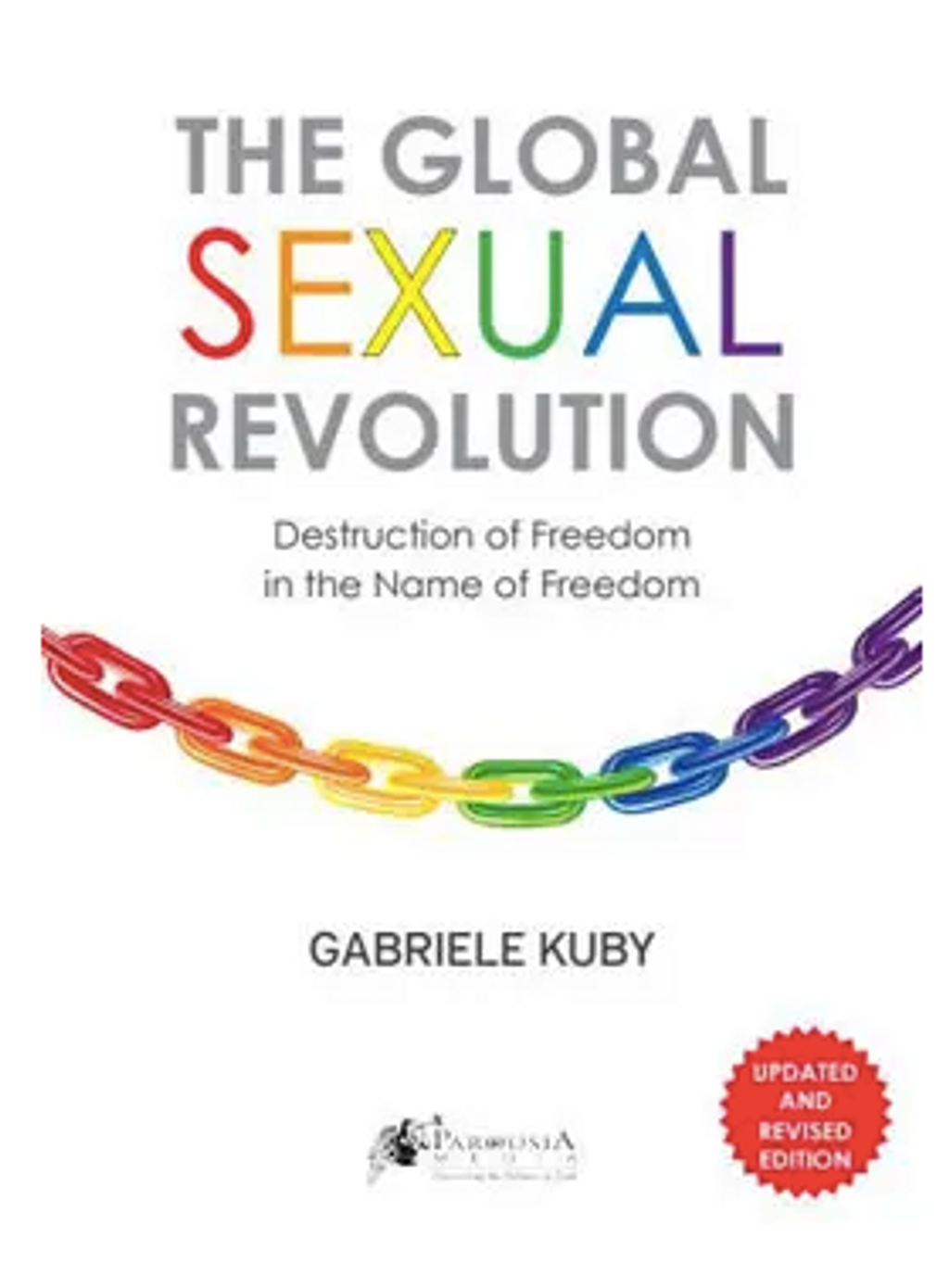 The Global Sexual Revolution: Destruction of Freedom in the Name of Freedom

The core of the global cultural revolution is the deliberate confusion of sexual norms. It is the culmination of a metaphysical revolution as well--a shifting of the fundamental ground upon which we stand and build a culture, even a civilization. Instead of desire being subjected to natural, social, moral, and transcendent orders, the identity of man and woman is dissolved, and free rein given to the maximum fulfillment of polymorphous urges, with no ultimate purpose or meaning.

Gabriele Kuby surveys gender ideology and LGBT demands, the devastating effects of pornography and sex-education, attacks on freedom of speech and religion, the corruption of language, and much more. From the movement's trailblazers to the post-Obergefell landscape, she documents in meticulous detail how the tentacles of a budding totalitarian regime are slowly gripping the world in an insidious stranglehold. Here on full display are the re-education techniques of the new permanent revolution, which has migrated from politics and economics to sex. Kuby's courageous work is a call to action for all well-meaning people to redouble their efforts to preserve freedom of religion, freedom of speech, and in particular the freedom of parents to educate their children according to their own beliefs, so that the family may endure as the foundation upon which any healthy society is built.

"Mrs. Kuby is a brave warrior against ideologies that ultimately result in the destruction of man."--POPE BENEDICT XVI

"As the carnage of untrammeled sexual license piles up in cultures that have embraced sexual revolutionary ideology, we need the kind of sober and thoughtful analysis Gabriele Kuby provides. Her work will help readers understand that false visions of freedom are highways to slavery, and that true freedom is to be found in self-mastery and virtue."--ROBERT P. GEORGE, author of Conscience and Its Enemies.

"Gabriele Kuby maps the topography of horror that sex unleashed from the moral order visits upon any society that allows it. She also offers a strong, much-needed dose of moral realism that offers a way out of an otherwise totalitarian result."--ROBERT R. REILLY, author of Making Gay Okay.

"Gabriele Kuby is a global treasure and a remarkably brave soul, speaking as she does from the very heart of European secularism. In this book, she gets to the heart of the matter: the grotesque distortion of the human person at the hands of the sexual left...."--AUSTIN RUSE, President, Center for Family & Human Rights.

"Gabriele Kuby is a contemporary Joan of Arc ... awakening the conscience of a generation. Writing with utter lucidity, in The Global Sexual Revolution she gives us a comprehensive understanding of the war for the future of mankind that has spread with astonishing speed throughout the world."--MICHAEL D. O'BRIEN, author of Elijah in Jerusalem.

"In The Global Sexual Revolution, Gabriele Kuby makes an eloquent and factual case for why all those concerned with liberty and rights of conscience must stand up--before it is too late--to those agendas that seek, even demand, to take away our freedom."--ALAN E. SEARS, President, Alliance Defending Freedom.

GABRIELE KUBY was a student of sociology at the Free University of Berlin in 1967, a pivotal year of upheaval and rebellion among students. She completed her Masters degree under the direction of Ralph Dahrendorf at the University of Konstanz, following which she worked as a translator and interpreter for twenty years. After her conversion to the Catholic faith in 1997 she became a successful author of books on spiritual and political issues and an international speaker.