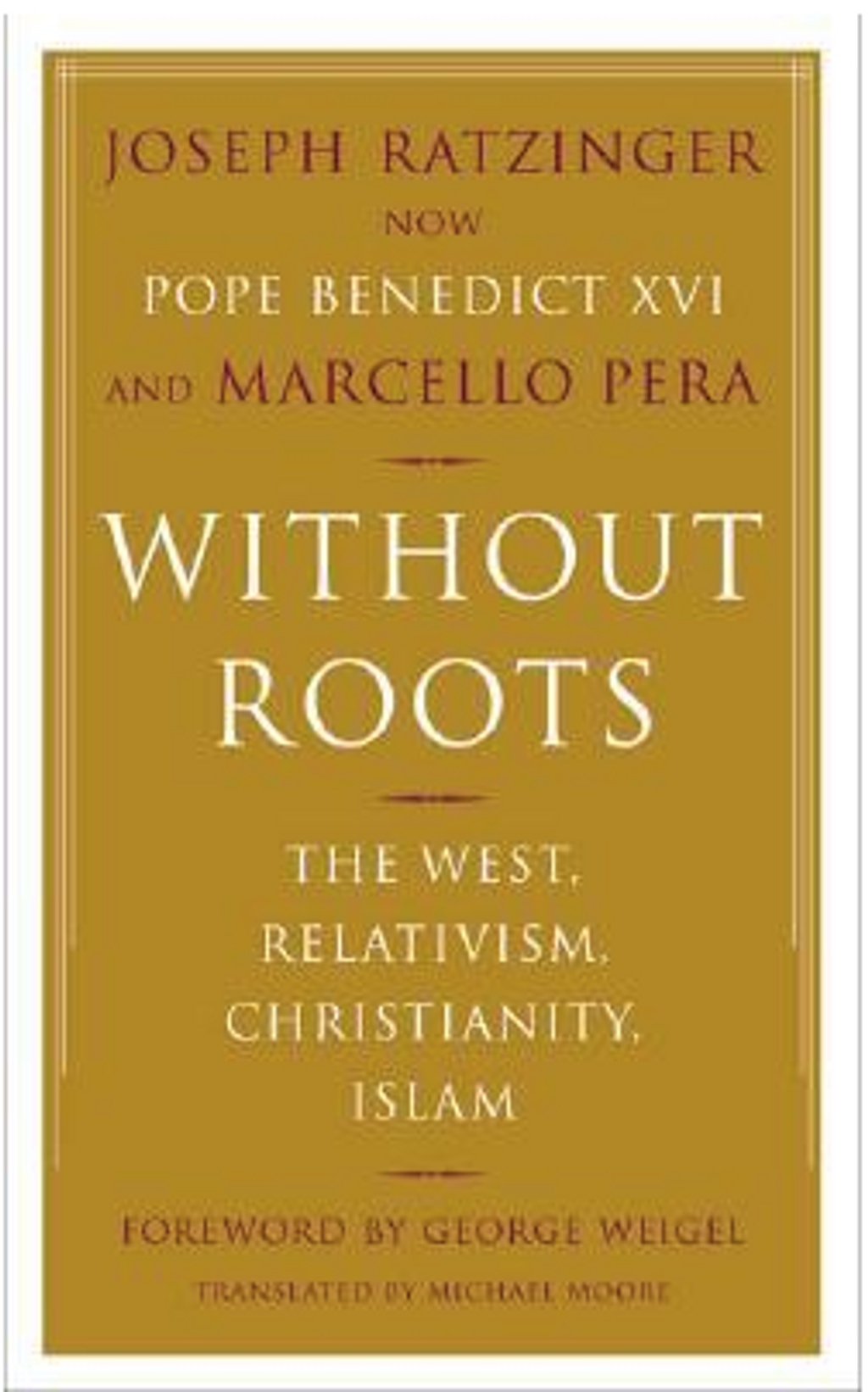 On May 12, 2004, Pope Benedict XVI - then Cardinal Joseph Ratzinger-addressed the Italian Senate on the state of the West; the very same day, Joseph Pera, President of the Italian Senate, spoke before the Lateran College of the Papal University. Together they called upon the West to confront the spiritual, cultural, and political malaise that have afflicted it in the earliest years of the 21st century.

In the months that ensued, before Cardinal Ratzinger's election to the papacy, they developed their ideas into the eloquent dialogue that is Without Roots - a book that quickly became an Italian bestseller and is even more timely today than ever. With Europe shaken by the war in Iraq, terrorism, security, Israel, relations with the U.S., immigration, and the rejection of the EU constitution in both France and the Netherlands, the issue of European identity has profound implications for the rest of the world.

Bringing together their unique vantage points as leaders of Church and State, Pope Benedict XVI and Pera challenge us to imagine what can be the future of a civilization that has abandoned its history for a relativist secularism. They call on the West to embrace a spiritual rather than political renewal-and to accept the moral beliefs that alone can help us to make sense of changes in technology, economics, and society. Pope Benedict XVI joins the President of the Italian Senate to offer a provocative critique of the spiritual, cultural, and political crisis afflicting the West.